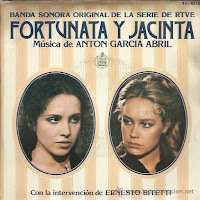 I must once again begin a post by apologizing for taking so long between updates. This was a somewhat obscure novel, at least in the United States, and I had difficulty finding it. Then when I finally did, it was a whopping 800 pages. In the interim, I developed an unhealthy Iris Murdoch obsession which we can dive into later. For now, let's talk about Galdos!

As every man knows, there are two types of women in the world: Madonnas and whores (you could ask a female if there are any other variations, but what would they know?). Our Madonna is Jacinta, who is married to her cousin Juanito. Jacinta is sickeningly good, patronizing orphanages and constantly forgiving her husband for being the worst. Jacinta is also obsessed with having children, but is unable to reproduce. Our whore is, of course, Fortunata who is uncultured and unbridled. She sucks raw eggs out of their shells and stands akimbo (which is apparently the definitive sign of the working class). Juanito has many affairs with Fortunata both before and after his marriage to Jacinta. The women, naturally, blame their problems on each other, rather than recognizing that Juanito is the author of all their troubles.

As this was an 800 page novel, I naturally left out huge chunks. I am not entirely convinced the author had to include certain parts either. Frankly, I could have done without some of the minor characters like the mega creepy Don Evaristo Feijoo, who falls in love with Fortunata, has repeated sexual encounters with her, and then proceeds to proclaim he now knows what it's like to be a father.  I think he was meant to be one of the kinder characters in the novel. Let's just say it didn't translate.

From everything I have said so far, I sound like I hated this. I didn't. I was actually very immersed in this world and found Galdos' writing to be engaging and at times very funny. Juanito is one of the most deplorable literary characters I have ever experienced, but Galdos still found a way to make him charming enough that you understand the women's fascination with him. Galdos also included many details about what it was like to live in Madrid during this time, which were beautifully woven into the story.  That's the way I like my history: as a mere backdrop to whatever hot gossip was going on at the time.

Anyway, if you can find this novel (it wasn't available at any of my library's branches) it is definitely worth a read. Fair warning, though. I already checked and there aren't any personality quizzes online you can take to see if you are a Fortunata or Jacinta. Disappointing, I know. I will just have to pay better attention to how I consume eggs.

Considered one of the best examples of Spanish realism.

UP NEXT: Pierre and Jean by Guy de Maupassant. Last Maupassant book on the List. Where shall we get our fix of men abusing women? Everywhere, you say?
Posted by Amanda at 7:43 AM