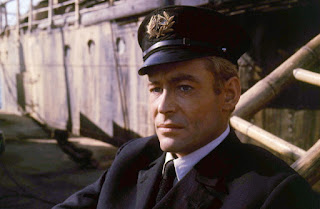 As everybody stocks up on toilet paper, I am making sure to equip myself with the actual essentials: books and diet soda. You have your priorities, I have mine. I will probably get a lot of reading done over the next couple of weeks rather than going to the parties I usually frequent. Ahem.

Lord Jim is a sailor with a troubled past.  His story is narrated by Marlow, a sea captain who tries tries to reconcile Lord Jim's story with his own notions of what a sailor should be. Lord Jim is a richly drawn character, and seemed very real. Conrad's striking descriptions of Jim were my favorite parts of the novel.

I love reading rollicking adventures, so why do I never like sailing stories? Maybe it's because there are typically 0-1 female characters in those stories, and the men are always manly men, who drink scotch and say manly things, so I don't find them very relatable. Also, these narratives are usually bogged down by unfamiliar lingo for me, so I find it difficult to picture certain key scenes.

I am not blaming Joseph Conrad for these things; sailors are manly men (or at least the ones I have met) and it's not his fault that all my sailing knowledge comes from Nancy Drew books and crossword puzzles. Naturally, the one female character is a trope straight out of Haggard's novels, but I did love the way Jim described her: "she was audacious and shrinking. She feared nothing, but she was checked by the profound incertitude and the extreme strangeness – a brave person groping in the dark."

Our first Conrad is under our belts, and so far I am pretty impressed. Still, we'll have to see if he is worthy of five spots on the List.

Ranked as number 85 in Modern Library's list of 100 best English Language novels of the 20th century.

The abandonment of the ship was based off of a real life event, the sinking of the S.S. Jeddah.

UP NEXT: Kim by Rudyard Kipling.
Posted by Amanda at 8:02 AM