The House of Mirth
Edith Wharton
1905
Around 350 pages 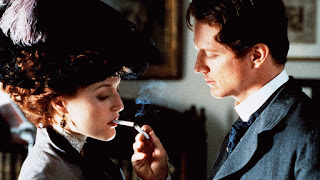 I was surprised to see that there were still Edith Wharton novels on the List that I haven't read yet. I had burned through her classics pretty quickly (The Age of Innocence and Ethan Frome, as I am sure you are dying to know). I'm delighted that there three other Wharton novels to look forward to on this blog.

Lily Bart is an orphaned socialite, which in these times, and certainly in these novels, means you have to go live with your bossy aunt until you can snag a husband. Lily is 29, which means she is already considered ancient on the marriage market. Lily tries to improve/maintain her social station but her inner spirit longs to rebel against the conventions she is trying so hard to obey.

I don't know what to make of Lily Bart. She is not nearly as cunning as other, more daring heroines, like Becky Sharp, but she isn't exactly an innocent fawn in the woods either. This makes her a very compelling, but frustrating, heroine. I have a slight issue with Wharton's moralizing, which seemed to take some characters to task but let others get away clean, but this is very well-crafted story.

Once again, women bring it on this List. It's nice to hear from them every twenty novels or so.

Her royalties were valued at more than a half a million dollar's in today's currency. Get it, girl.

UP NEXT: Professor Unrat by Heinrich Mann. Just what we need, another Mann.
Posted by Amanda at 6:40 AM