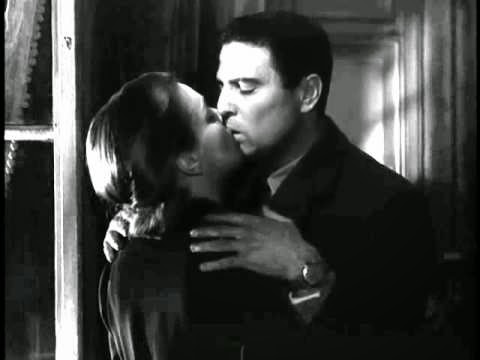 What a relief that this novel was only 200 pages, after trudging through The Last Chronicle of Barset for over three weeks.  Our next novel, Dostoevsky's The Idiot, is around 650 pages, so I might have to take a break with some Atwood.  Anyway, this was an absolutely fantastic novel and I am eager to see what else Zola has to offer.

I am hesitant to disclose any details of the plot, since it all seems like spoilers.  Suffice to say, Therese is in a very unhappy marriage with her sickly cousin Camille (yes, this is a man).  She meets Camille's new friend, Laurent, and begins a heated affair.  The two lovers must decide how far they are willing to go to be together.

I found this story pretty fascinating, albeit a bit predictable.  I loved the idea that Therese was content with her existence until she started to read novels that opened up new doors for her.  I wonder if I would be happier without novels?  I shudder at the thought.  Without giving too much away, the entire plot made me wonder: would this scenario actually happen or is it only happening because the reader needs it to happen?  I wish I could make myself clearer.  Damn the no spoiler rule that I made up and only I enforce.

Overall, a great read.  Sorry for the vagueness.

UP NEXT: The Idiot by Fyodor Dostoevsky.  Ugh.

137. The Last Chronicle of Barset

The Last Chronicle of Barset
Anthony Trollope
1867
Around 860 pages

This the last novel in the series The Chronicles of Barsetshire.  The fact that I didn't read the rest of the series before reading this book goes against everything everything I stand for.  Okay, that might be an exaggeration but it is certainly not something that I like to do.  However, considering that this book alone is 860 pages, I figured I could make an exception.

Mr. Crawley is a clergyman who is accused of stealing a "cheque" for twenty pounds.  Apparently, he is slightly insane so we are supposed to consider it a great pity that he would be tried like a normal person.  Anyway, Mr. Crawley's daughter, Grace, is loved by Henry Grantly.  Henry's father doesn't want him to marry Grace because of the shame that her father has brought on the Crawley family.  Grace's friend, Lily Dale, is loved by John Eames, but she still carries a torch for a man who jilted her at the altar.  They are other subplots, of course.  How else could it be that many pages??  Can you tell I get over how long this novel was?

Trollope himself said that he found the premise to be rather dubious (that Crawley would simply "forget" how twenty pounds came into his possession).  I certainly wish that the Crawley storyline could have been shortened.  I would have liked to spend more time with Miss Demolines or Mrs. Broughton, both of whom I thought were hilarious.  And for such an elongated storyline to have such a simple conclusion seemed pretty silly.

We also get the perfect, pious, filial, beautiful woman in Grace Crawley that I am always complaining about.  At least Lily Dale had a few more opinions.

Still, I really liked this book.  It was extremely well written and I was never truly bored, which is quite a feat in a novel of this size.  Has anybody read the full series?  Thoughts?

Last in a series of six books.

UP NEXT: Therese Raquin by Emile Zola
Posted by Amanda at 1:41 PM 0 comments