96. The Count of Monte Cristo

The Count of Monte Cristo
Alexandre Dumas
1844
Around 1200 pages 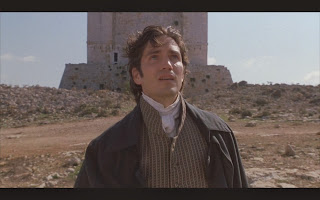 Three AD books in a row; what did I do to get so lucky?  Oh right, I followed the list and wrote a blog about it.

I first read this book when I was in France with my sister.  It was the worst trip I had ever been on in my life.  I can't even count how many times I humiliated myself, my suitcase never arrived at the airport, and we were with a tour group so the pace was completely off for us (we are talking five museums a day while being forced to pose for pictures eighty percent of the time).  We also got stuck with this rude guy on our tour and were forced to have dinner with him several times.  Anyway, this book was the only thing that allowed me to feel good after jumping off a boat, ripping my bathing suit, and not being able to get back on amid tons of snickering French witnesses.  Wait what was I talking about again?

This is the story of Edmond Dantes' quest for revenge after wrongfully sent to prison.  He loses his father, his best friend, his fiancee, and six years of his life.  We, at least, get a great novel out of it.

I am getting repetitive in my praises of Dumas but allow me one more time to say that this book has everything a great adventure should have.  I do not know that there is a more thrilling scene in the history of literature than when Edmond is escaping Chateau d'If.

This is the story of a world where you can escape your prisons and get revenge on people who have wronged you.  It certainly isn't my world and for that reason, it is my greatest escape (pun intended).

Expanded from a plot outline suggested by Auguste Manquet.

Translated in almost every language.

I actually have seen the movie adaptation of this and it is highly recommended:
UP NEXT: Vanity Fair by William Makepeace Thackeray
Posted by Amanda at 3:38 PM