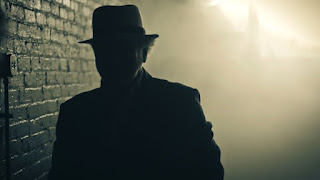 I am not a huge fan of Conrad, but the Book doesn't care, so here we are with our fourth Conrad novel, with one more to go. Unlike some of the other List authors I don't click with, Conrad doesn't actively repulse me, but I just never find his prose very interesting. Still, I would take him over Henry James any day.

Adolf Verloc is a secret agent living in London in 1886. He owns a shop that sells naughty things with his wife, and they live with her mother and brother. He is enlisted by an unnamed embassy to spy on a local anarchist group, and to instigate a bombing of the Greenwich Observatory. The embassy thinks this will lead the British government to crack down on socialists/anarchists.

The plot of this novel sounds interesting, but once again, I was disappointed. I liked that we were moving away from sea faring stories, but I still found the plot confusing and convoluted. I suppose espionage plots are always like that, but I found it hard to follow, especially at the beginning.

So another so-so novel, and hopefully the next one isn't as frightening as it sounds.

One of three most cited works of literature in American media in the two weeks after 9/11.

Stevie is based on French anarchist Martial Bourdin.

The Unabomber was a huge fan of this novel, and kept a copy by his bedside.

UP NEXT: Mother by Maxim Gorky. The title kind of freaks me out, in a Norman Bates way.
Posted by Amanda at 3:08 PM