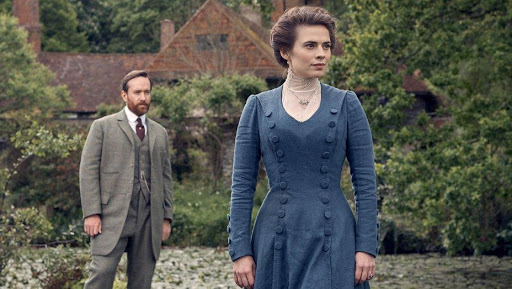 This was my first exposure to E.M. Forster many years ago and I really disliked it. Since then, I have read Where Angels Fear to Tread and A Room With a View, both of which I enjoyed much more than this. I think Forster is following the Henry James trajectory, where each novel he writes is progressively worse than the previous book. I'll wait until A Passage to India before I officially place him in that category though.
Helen Schlegel falls in love with Paul Wilcox, leading to a hasty engagement that is soon called off. Some time later, Margaret Schlegel, Helen's sister, befriends the Wilcox matriarch, Ruth Wilcox. Ruth is deathly ill, and soon succumbs to her illness, leaving behind a husband, Henry, and children. Henry becomes attracted to Margaret, but the other Wilcoxes aren't thrilled about his choice.
I know this is considered Forster's masterpiece, but once again, his characters don't seem real to me. The women are mostly irrational and driven entirely by emotion. The men don't fare much better in his depiction, although they are terrible in a different way (obstinate and prone to fits). His characters are a bit too melodramatic for my taste.
I will say that Forster always does a great job establishing a rich setting.  But I still think this one is skippable, which I know is an unpopular opinion.
RATING: **---

Howards End is based on Rooks Nest, Forster's childhood home.

On Beauty (another List novel!) was written as a homage to Howards End.

UP NEXT: Impressions of Africa by Raymond Roussel. I can only imagine what this is going to be. Brace yourselves.