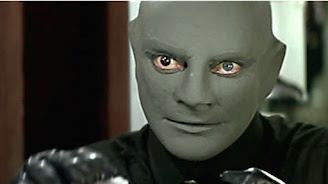 I had never heard of Fantomas before, but apparently he is very popular outside of the United States and occupies an interesting space in the history of crime fiction. Now that I realize how cool this character is, I am fully onboard to stan this guy...even if I am about a hundred years late to the party.

Fantomas is a criminal genius that has become a legend in Paris. Some believe that he is just a sensationalized newspaper invention, who is simply blamed for all the crimes that police officers can't solve. Among those that believe in Fantomas is Inspector Juve. Juve thinks that Fantomas might be behind the recent murder and disappearance he has been called in to solve.

This was an interesting story that marks the transition from the traditional Gothic villain to the creepy serial killers were are so obsessed with today. I was curious what the character of Inspector Juve would be like; the genius detective is such a trope, even in 1911. Juve isn't the most distinct character but he is logical and a worthy opponent of Fantomas. I did guess elements of the plot ahead of time, which either means I'm a genius or it took some fairly obvious turns. I am choosing to go with the former.

I should also mention this is one of those strange novels that is written by two people. You can tell, but only a little.

The depiction of Fantomas wearing a blue mask and black gloves is not in the books, but was popularized by the 1960 Fantomas movies.

UP NEXT: Ethan Frome by Edith Wharton. An old favorite.