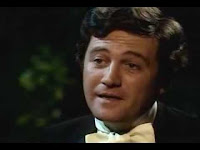 I have finally cleared up the numbering confusion that you are no doubt sick of hearing everyone talk about.  Now onto this novel.  Everyone I have described it to has nearly keeled over with boredom as soon as I start talking about it.  Maybe I should stop leading with the rights of Irish tenant farmers.  Anyway, hopefully I can do a better job of making it sound interesting here, because I really enjoyed this novel.

Phineas Finn is a young Irishman who stands for Parliament, despite being poor and inexperienced.  Because he is so pleasant and handsome, he makes many influential friends.  He becomes acquainted with Lady Laura Standish and her brutish brother Oswald.  He quickly falls in love with Laura, who may already be engaged to his rival, Robert Kennedy.  He also meets a witty heiress, Violet Effingham, who is violently urged by both Lord Brentford and Lady Laura to marry Oswald.  Oh yeah and he is admired by a widow named Madame Max Goesler.  Also, he is loved by Mary Flood Jones in Ireland.  Basically, he is drowning in bitches.

Like most people, I don't exactly have a firm grasp of nineteenth century British politics.  Come to think of it, I don't have a firm grasp on twenty-first century politics.  However, this did not detract from my enjoyment in the slightest bit.  Trollope at one point apologizes to female readers for talking about politics when in all likelihood all us women folk want to hear about is his love for Mary.  I am choosing not to be offended by this, since it is altogether true.

In fact, Trollope is quite forward thinking in his view of women.  Without giving anything away, a woman decides to live apart from her husband when his temper is too much for her.  Most of our principal characters support her decision.  While there are still major problems (i.e.  Mary being seen as the best of her sex simply because she has no mind of her own) but at least we have some complex female characters.

I have gone on way too long so I will wrap it up.  All in all, I would read a grocery list if Trollope wrote it.  Although, come to think of it, it would probably be 800 pages.

Second novel in the Palliser series.

UP NEXT: Sentimental Education by Gustave Flaubert.  Excited to read more from his canon.