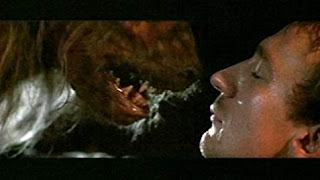 I always aim to read spooky novels during this month, because dammit, I love themes. Last year was The Island of Dr. Moreau, Misery (which isn't on the List even though it was a lot better than The Shining), The House of Leaves, and The Wasp Factory. The Island of Dr. Moreau wasn't scary, but it did teach me what the word "vivisection" meant.

Edward Prendick survives a shipwreck in the Pacific. He is rescued by a man named Montgomery, who is accompanied by a beastly servant. Montgomery takes pity on Prendick and allows him to stay on the Dr. Moreau's island. Some weird shit starts going down.

H.G. Wells is pretty gimmicky in his writing, but I happen to like gimmicky, at least when it comes to science fiction. I also found Edward to be a much more sympathetic character than the Time Traveler in the previous Wells book, maybe because Edward actually had a name. Also I am a sucker for a man trying to prevent cruelty to animals (remember Jude Fawley ladies?).

I don't think there would be a Jurassic Park without this novel. Can you even imagine such a world??

Wells later argued in an essay that what was depicted in the story could actually happen. Scientists have since proved, of course, that nothing in the story is possible, because science.

UP NEXT: Quo Vadis by Henryk Sienkiewicz. Has helped me out in alphabet games of the past, but I've never actually read it.
Posted by Amanda at 3:24 PM