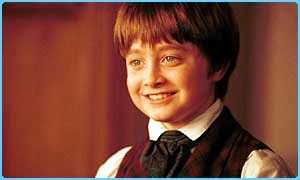 "Like many fond parents, I have in my heart of hearts a favorite child.  And his name is David Copperfield."  All right, I know it is a bit of a cheap writing trick to start with a quote but I thought it was astounding that Dickens and I finally agreed on something.  David Copperfield is not only my favorite Dickens novel, but one of the best novels I have ever read.  This has been a great shock to me since I always thought Dickens was one of the dullest, most overrated authors in existence.  I have been telling everyone I know that I have been reformed but (another surprise!) nobody really cares.

Wow, how to give a summary of a story that recounts an entire lifetime?  We start with the night David is born.  I usually don't like stories narrated by children.  There is usually lots of crying, abuse, and everyone is a caricature.  However, the first half of the book, which tells the story of David's childhood is actually quite entertaining and at times hilarious.  But more on that later.

David's widowed mother marries the evil Mr. Murdstone, who is a burning hatred for David.  David eventually goes to school and meets one of the most interesting characters Dickens has ever created, James Steerforth.  Steerforth is universally admired teenager who even the teachers try to impress.  Anyway, as David grows up he falls in and out of love, experiences both joy and tragedy, and watches his childhood perceptions of the people in his life alter and shift drastically.

There are a few traces of the Dickens I despise in this novel.  For one thing, the main villain, Uriah Heep, is made of the his typical villain mold: ugly, twisted, poor, and unredeemable. This characterization is not only a one way ticket to Dullsville, but also stretches the limits of plausibility.

However, the rest of the characters in this novel have more layers and dimensions than in any of his other stories.  Take Rosa Dartle, Steerforth's cousin, who is portrayed as a cruel, sarcastic, and angry spinster.  But can we blame her?  Rosa has harbored a crush on Steerforth his entire life and stood patiently by while she watched his mother spoil him until he became vain and selfish.  And all that Rosa gets in return is a hammer thrown at her face.  I would be bitter too.  Anyway, my point is that most of the villains in this novel are not the typical hideous and child abusing schemers that Dickens loves to create.

I will finish this review with a big thank you to the creators of The Book who forced me to continue trying with Dickens and enabled me to find a hilarious and fascinating novel.

Idea for a drinking game: take a shot every time someone bursts into tears.  Wait, scratch that; you would end up in the hospital.

Considered to be the most autobiographical of Dickens' novels.

Okay, I looked at a couple of trailers for adaptations of this book and they all contain major spoilers so I would recommend not checking them out.

UP NEXT: The Scarlet Letter by Nathaniel Hawthorne aka The Terror of The High School Senior.