The Sound and the Fury
William Faulkner
1929
Around 325 pages 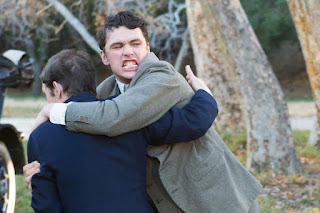 I once dated a guy who had Faulkner and Melville tattoos. Even though I hate both writers[', literary tats still do something for me. So I tried to impress him by reading Faulkner, but I couldn't stop talking about how much I hated it.  I haven't heard from him in a year, so I don't think he was very impressed.

I can't believe this was adapted into film by James Franco of all people. It's like if Seth MacFarlane took on a Henry James novel. The story follows the Compson family, former southern aristocrats now on the brink of ruin. This wacky clan includes the intellectually disabled Benjy, and Quentin, who has an unhealthy relationship with his sister. A lot of that going around lately.

The frequent shifts in narration give me motion sickness. He does the stream of consciousness thing, and tops it off with terrible grammar and dialects just to make the novel as unreadable as possible. Put on your big boy pants and edit.

An incoherent story told by an idiot, signifying nothing.

Title is from Act V of MacBeth.

Only became popular after the success of his later novel, Sanctuary.

UP NEXT: Harriet Hume by Rebecca West

Get this Recent Comments Widget