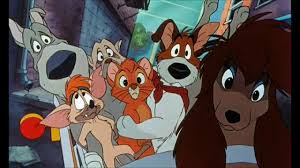 Well, I can't say I didn't see this day coming.  I just thought I had more time.

Dickens has arrived, ladies and gentlemen.

Dickens is one of my least favorite authors and the problem that I am now facing is that all his books are lumped together (although we do get a few breaks).  I just find him to be incredibly dull and I have have tried all of his notable works at least once.  Well, perhaps it will be like in a movie, where we don't understand each other at first but gradually we come to realize we are not so different after all.  Or maybe I will go on hating him until my dying day.  Either way, the time has come to face one another.

I had already read this book a couple of years ago and as I am certainly not going to reread any CD novel, I will have to recall it from memory.  This shouldn't be too difficult, since this is probably one of the most well known stories of all time.

This is the story of Oliver Twist, an orphan who lives a miserable life in a workhouse.  He manages to escape but falls into the hands of a gang of pickpockets, led by the evil Fagin.

This is the only Dickens novel I have ever enjoyed.  I still think his style is dull, but there is actually an interesting story here, if you can get past the dry writing.  Oliver is probably the weakest, and therefore the most boring character, but characters like Fagin and Artful Dodger make the book worth reading.  Nancy is another strong character, which pleases the feminist in me, since most heroines in the 1800s can't do anything without fainting.

Like I said, though, I hate his style and he is simply not as entertaining as say, Fielding or Austen.  Still, this book kept me hooked and maybe eventually I will convert into a devout Dickens reader.

Called Europe's attention to the child labor problem in London.

Like Henry Fielding, Dickens names his characters after their personalities or origins.

A highly anti-Semitic novel, but I suppose I am use to it from reading such early works all the time.  Still absolutely horrifying, though.

UP NEXT: The Life and Adventures of Nicholas Nickleby by Charles Dickens.  Expect some delay here since this is a pretty long novel that I am not too enthusiastic about starting.