The Inferno
Henri Barbusse
1908
Around 100 pages 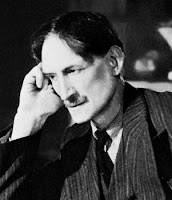 This is a good novel to read in quarantine times, as we all cooped up in our houses/apartments, unable to leave. Hopefully, you will not be motivated by this creeper to drill a hole in your wall and spy on all your neighbors. But if you do choose that course of action and see anything juicy, please let me know.

Our unnamed narrator discovers that he can spy on the next room in a Paris boarding house through a peephole. He sees all sorts of things, including adultery, incest, death, parties, and Catholic priests being terrible.

I liked the setup for this novel, as it is very Rear Window-y, though obviously this came first. I was just as intrigued as the narrator by the characters he saw on the other side of the wall, although I was slightly disappointed by which ones he fixated on. It wasn't hard to view this as an analogy for the life of the writer. Always watching, breathlessly recording, able to see the flaws and weaknesses of everybody around him but powerless to forge a meaningful existence for himself.

Overall, a worthwhile read and short to boot, even if Barbusse did not reach the most cheerful conclusions by the end of the novel.

Barbusse was a lifelong friend of Albert Einstein.