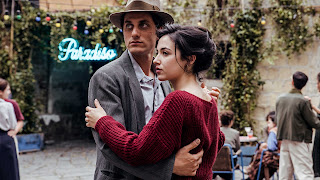 This is the second and final London novel on the List. I think many people, me included, think of London as a rugged outdoorsman who writes survivalist stories, but once again, he presents us with something unexpected.

Martin Eden is an uneducated sailor who falls in love with Ruth Morse. Unfortunately, she comes from a bourgeois family. Martin vows to "make good" by becoming an esteemed writer, which would enable him to marry Ruth. As the novel progresses, Martin slowly finds acceptance from the class that once shunned him, but he doesn't enjoy it quite as much as he thought he would.

In many ways, this is your typical "artist becomes disillusioned, fame isn't what it's cracked up to be, etc" story. But I was very engaged even though the plot moved in a pretty predictable direction. London clearly put a lot of himself in Martin, and the ending (without giving too much away) is almost like fantasy fulfillment.

This was also a vast improvement from Iron Heel, in terms of characterization and pacing. I want to read more Jack London now but those seem like winter reads.

Written after London had already achieved fame with The Call of the Wild and The Sea Wolf.

Referenced in Sergio Leone's Once Upon a Time in America.

UP NEXT: Three Lives by Gertrude Stein. I am excited for this one, I've never read any Stein.